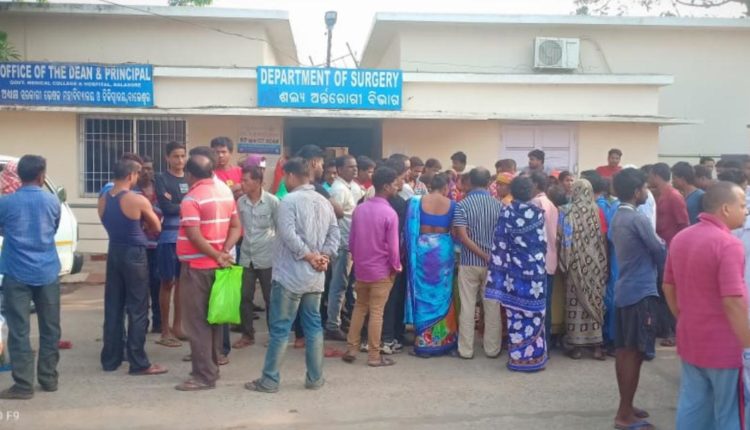 According to reports, Laxmipriya Rout, the deceased child and daughter of Susanta Rout of Sialiapada village in Basta area of the district, was admitted to the hospital on March 27 after a swelling developed on her forehead.

Doctors at the hospital decided to operate on the swelling and the operation was performed around 1 PM on March 28. However, the girl didn’t gain consciousness after the operation and her condition deteriorated.

Around 1.40 am, the concerned doctors asked the child’s parents to shift her to SCB Medical College and Hospital in Cuttack for better treatment. Acting on the advice of the doctors, the kin of the girl arranged a private ambulance and headed towards Cuttack with her.

However, she breathed her last on the way to the hospital near Charampa. Family members of the girl then returned to the DHH with the body and staged a dharna near the main gate this morning alleging that negligence on the part of the doctors led to the death. They have also demanded stringent action against the concerned doctors.