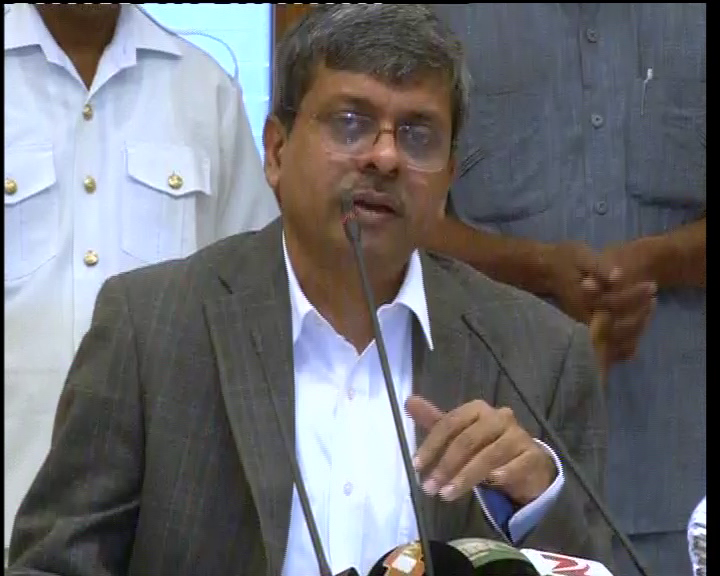 Bhubaneswar:  The death toll due to cyclone Titli and subsequent floods in Odisha has increased to 57 and the damage is estimated at Rs 2,200 crore, said an official on Wednesday.

Chief Secretary Aditya Prasad Padhi said that as per preliminary estimates, overall damage, including to infrastructure and agricultural crops, is Rs 2,200 crore and that the final report will be prepared within two days.

As many as 39 deaths were reported from Gajapati district, 12 from Ganjam district, two from Kandhamal district and one each from Angul, Cuttack, Nayagarh and Keonjhar, a statement from Special Relief Commissioner’s (SRC) office said.

The casualties mainly resulted from landslides, wall collapses, drowning and uprooting of trees, he added.

The state has enhanced compensation from Rs 4 lakh to Rs 10 lakh for each bereaved family.

Authorities conducted a review meeting to assess the extent of damage due to the October 11 cyclone.

The Chief Secretary said that damage to roads is pegged at Rs 500 crore, electricity infrastructure at Rs 133 crore, houses at Rs 150 crore and crops at Rs 233 crore.

The state government on Tuesday released Rs 102 crore for the affected people of worst hit districts of Gajapati, Ganjam and Rayagada.

Chief Minister Naveen Patnaik, who visited Gajapati and Ganjam districts, announced that Baraghara village will be shifted from the hilltop to the foothills and 76 families there will be provided with concrete houses under the Biju Pucca Ghar Yojana.

The Chief Minister distributed “pattas” to some beneficiaries and said that the government will take care of children orphaned in the calamity. (IANS)