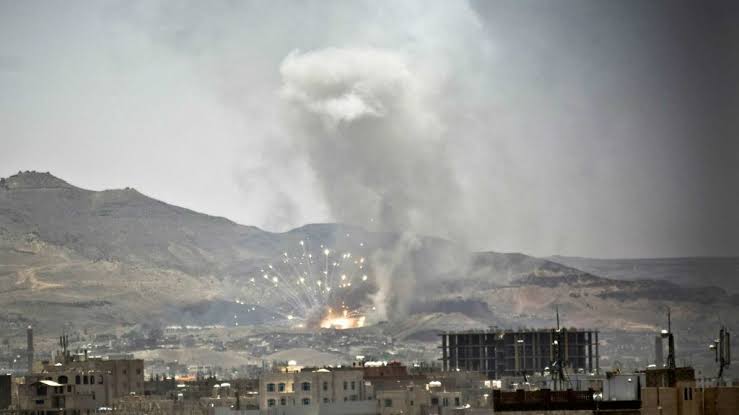 Sanaa: The Houthi group announced that the death toll in an airstrike launched by the Saudi Arabia-led coalition on a temporary prison controlled by the militia in Yemen has increased to 77.

A statement released by the Houthi-controlled Ministry of Health said that “146 wounded have been transported by ambulances to the hospitals of Saada so far”, reports Xinhua news agency

The Houthi health authority noted that the number could increase as the rescuers continue their search for bodies at the bombing site in Yemen’s northern province of Saada.

“The airstrike completely destroyed the prison building and there is no sufficient equipment to pull the victims from under the rubble,” an official of Saada’s local authority confirmed to Xinhua.

Saada is one of the main strongholds of the Iran-backed Houthis who have been fighting the Yemeni government forces backed by the Saudi-led coalition for years.

The Houthi-affiliated al-Masirah television network reported that more than 59 air raids were launched by the coalition across the war-ravaged Arab country during the past hours.

The intensified airstrikes came after the Houthis claimed responsibility for attacking the United Arab Emirates (UAE), an active member of the Saudi-led coalition, with ballistic missiles and explosive-laden drones.

Meanwhile, hundreds of Houthis staged a large protest in the capital of Sanaa against the deadly airstrikes carried out by the Saudi-led coalition.

A number of Houthi leaders spoke to the protesters and vowed to ramp up their cross-border drone and missile attacks against the cities in Saudi Arabia and the UAE in retaliation for the heavy bombardment against Yemen.

On the other side, the Saudi-led coalition vowed to continue “the process of responding to the ballistic and drones threat launched by the Houthis towards Saudi Arabia”.

Yemen has been mired in a civil war since late 2014 when the Houthi militia seized control of several northern provinces and forced the internationally recognised government of President Abd-Rabbu Mansour Hadi out of the capital Sanaa.