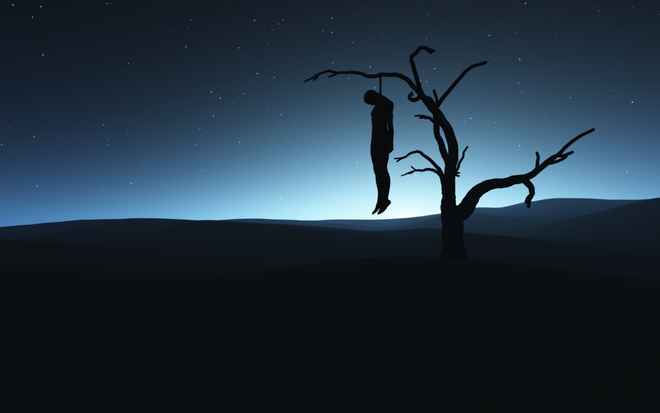 While the BJD government was busy in detaining farmers coming to the capital city of Odisha for Chasi Samavesh (farmers’ convention) on Wednesday, a debt-ridden farmer allegedly committed suicide in Jajpur district.

The deceased farmer identified as Pankaj Kumar Nayak (51) of Kaduabandi village Under Kaliapani police limits in the district has left a handwritten suicide note citing pressure of repaying loan as the cause of taking this extreme step.

The body was recovered in a hanging state from a mango tree half km away from his house.

However, the crawling mark of his feet on ground has raised suspicion over the death.

According to reports, the deceased was working as a driver in GS Atwal & Co and did not get his salary for last three months. He also had a loan to repay which was taken five years ago from a nationalised bank.

The Kalarangiata branch manager of SBI, Raghabananda Pradhan informed that Pankaj had taken a cash credit loan of Rs 27,000 in 2011 and deposited Rs 3,000 six months ago but the bank neither served him any notice nor imposed any pressure on him to repay the loan amount.

However, the family members of the victim have held the private company responsible for the death.

Police have started probe into the incident after seizing the suicidal note.

Smartphone addiction may up obesity risk in adolescents