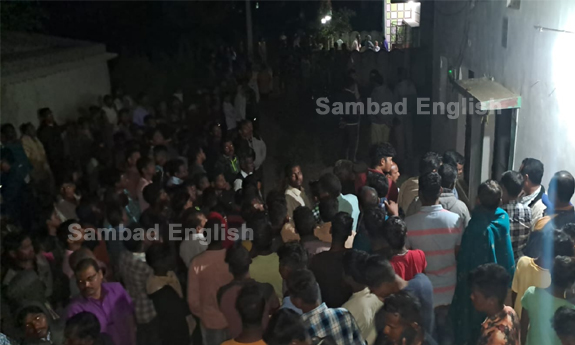 Bargarh: In a tragic incident, the decomposed bodies of a family’s four members were recovered from a closed house at Jandol village under Bheden block in Bargarh district, today evening.

A source said that Bheden police received a phone call at around 6.00 pm that bad odour was coming out from the house owned by Seshadev Meher, located near Bandhapada UP school in the village.

The deceased have been identified as Seshadev Meher (55), Khireswari Meher (48), Arabinda Meher (28) and Shibani Meher (20). The bodies were found at one place, the source added.

Acting on the information, a team of police personnel led by Bheden IIC Sangeeta Mohapatra reached the spot and broke open the front door to see the bodies lying on the floor.

Exact reason behind the deaths has not been ascertained yet. “A probe into the incident will be initiated tomorrow morning after Scientific Team and Dog Squad reach the mishap site. A detailed investigation could not be launched tonight,” Bargarh SP Parmar Smit Parshottamdas said.

“A platoon of police force is presently guarding the house under active supervision of Bargarh SDPO Amrit Panda. We will be able to substantiate if this is a case of suicide or cold-blooded murder after a post-mortem report comes in,” the Bargarh SP Parshottamdas further said.

A pall of gloom descended Jandol village after news of the untimely deaths spread.