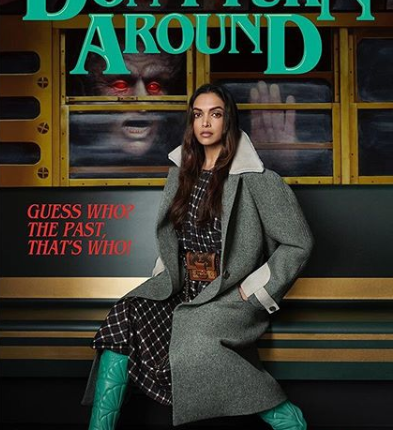 Bhubaneswar: Just two days after being honoured with the Crystal Award, Bollywood actress Deepika Padukone has added another feature to her cap as she became the first ever actor from India to feature in the global campaign of luxury brand Louis Vuitton.

The 34 year old actor took a photo sharing in the social media platform Instagram to announce her association.

In her post she wrote, “I am beyond thrilled to be joining the Louis Vuitton family! To be a part of Nicholas Ghesquière’s vision for the world’s most iconic brand is not only exciting but also very humbling! Presenting… #LVprefall20.”

Her husband, actor Ranveer Singh was among the first to post applause, “Next Level!!!”

The news was also announced by  Nicholas Ghesquière, a French fashion designer, who has been a creative director of the house of the Louis Vuitton since 2013.

Deepika features alongside global celebrities including Emma Roberts,Sophie Turner and Chloe Grace Moretz for the Pre-fall 2020 campaign of the brand . Dressed in a checkered black and white midi dress, Padukone posed for the campaign. She paired the dress with a grey overcoat, a mini belt bag from the brand along with a pair of green quilted boots.

This year the theme was inspired by pulp horror movies and books, the campaign shows Padukone posing in front of the poster of Don’t Turn Around, a fiction thriller by Michelle Gagnon.

Recently, Deepika was honoured with the Crystal Award at the 50th edition of the World Economic Forum in Davos for her contribution towards creating mental health awareness.