Deepika Padukone getting trolled for ‘Besharam Rang’ is misogyny: Ramya 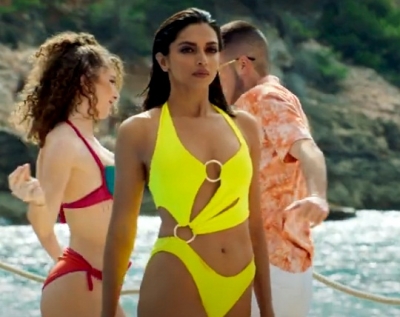 Bengaluru: Kannada popular actress and former MP Ramya aka Divya Spandana has come out in support of Deepika Padukone after ‘Besharam Rang’, a song from the latter’s upcoming movie ‘Pathaan’, sparked a controversy.

The Hindutva activists across the country have raised objections to the song and stated that the attire of actors encourages love jihad.

Ramya, a lead actress who is making a comeback to the Kannada film industry after a long gap, has blamed misogyny for Deepika being trolled for clothes.

“Samantha trolled for her divorce. Sai Pallavi for her opinion, Rashmika for her separation, Deepika for her clothes and many, many other women for pretty much ‘EVERYTHING’. Freedom of choice is our basic right. Women are embodiment of Maa Durga- misogyny is as evil we must fight,” Ramya stated on her social media account.

Apart from producing Kannada movie ‘Swathi Muttina Male Haniye’, she will also be playing a prominent role in it.

Chetan Ahimsa, a Kannada actor and activist, had called opposition to ‘Besharam Rang’ song as trivial.

On the other hand, Sri Rama Sena founder Pramod Muthalik had warned that if the song is not withdrawn, they will start countrywide campaign for banning ‘Pathaan’.