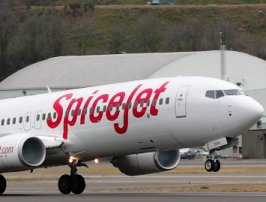 A Delhi-bound SpiceJet flight on Friday faced a technical hiccup but landed safely after following the emergency procedure, the airline said.

All passenger and crew are safe, SpiceJet said in a statement.

“The crew carried out the emergency procedure and landed safely in Delhi. The ATC (Air Traffic Control) was kept in the loop. It was an uneventful landing. All passengers and crew are safe.”

The flight landed on the Runway 10 at 8.45 a.m. with 176 passengers, including the crew, aboard, an airport official said. (IANS)

‘Darling I love you’ costs teacher his job in Odisha