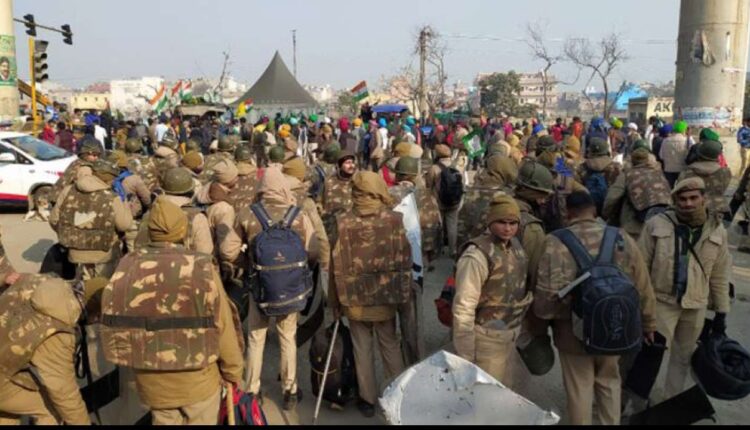 New Delhi: The Delhi High Court on Friday dismissed a petition seeking removal of the then Delhi Police Commissioner S N Srivastava from his post and punishment for police officials who allegedly failed to discharge their duty during the farmers’ tractor rally in the national capital on January 26 (Republic Day).

A bench of Chief Justice DN Patel and Jyoti Singh ‘dismissed for default’ the plea filed by petitioner Dhananjai Jain, as nobody from the petitioner’s side appeared in the matter.

In his plea, the petitioner sought the removal of Srivastava, who later retired, and punishment to all the police officers as the government and police ‘completely failed’ in maintaining law and order in an ‘effective manner.’

The plea had been filed a day after farmers breached barricading and clashed with police in protest against the three new farm laws.

The petitioner further contended that the police personnel posted at the Red Fort were left abandoned due to a lack of timely decision-making by the Police Commissioner.

“Maintaining law and order is the prime responsibility of Delhi Police which is under the direct control of the Union Home Ministry, but both have miserably failed in the discharge of that duty,” it alleged.

He also sought immediate removal of people squatting under the garb of the farmers’ agitation and clearance of all roads and public places.

A request for adequate paramilitary forces to be deployed to protect monuments, life, and property of citizens was also made by the petitioner.

On January 26, farmers swarmed the Red Fort and waved farmer union flags on its ramparts. They even hoisted a pennant with a Sikh religious symbol from a flagpole.