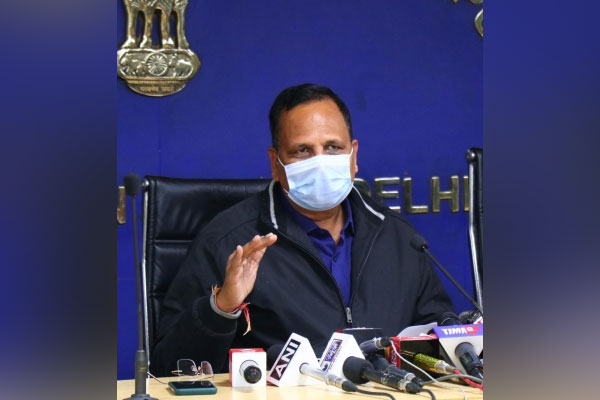 New Delhi: A day after it breached the 10,000-mark, the national capital is likely to report 14,000 Covid-19 cases on Thursday, Delhi Health Minister Satyendar Jain said.

“Coronavirus cases in Delhi have seen a spike in the past few days. Today it is going to be near 14,000,” Jain said.

Currently, the death ratio is 1 on 1000, indicating that the situation is fine as compared to last time. “Yesterday we had 9,000 beds, today it has become 12,000, so our preparations are complete. We are now conducting close to 90,000 tests,” the minister added.

Meanwhile, a total of eight Covid deaths were reported in the last 24 hours, which is the highest since June 26 when only nine deaths were reported. With this, the death toll has climbed to 25,121.The active cases in Delhi have also gone up to 1.58 per cent.

In the meantime, India’s tally of Omicron-positive cases went up by nearly 500 on Thursday morning to reach 2,630, according to the Union health ministry update.