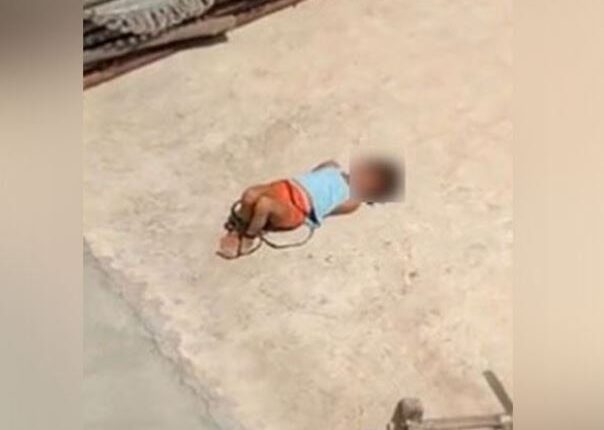 New Delhi: A shocking video of a little girl in Delhi left on the terrace amid scorching heat with her hands and legs tied went viral on social media on Wednesday, prompting the police to take cognisance of the matter.

In the video, the minor girl could be seen weeping continuously under the scorching sun.

“First it was said that the video was shot in the Karawal Nagar area. However, on inquiry it was found that no such incident was reported from there,” a police officer said.

On further inquiry, the police learnt that the address was in the area under the Khajuri Khas police station, but there also no such incident was found to be reported.

“The address was incomplete, hence special teams were sent to verify it on the ground. After cumbersome efforts, the address and the family were traced,” said the officer.

It was learnt that the mother of the girl had tied her on the roof as a punishment for not doing homework.

Accordingly, the police registered an FIR under Section 75 of the Juvenile Justice Act at the Khajuri Khas police station.

50 more vending units to come up in Odisha Capital