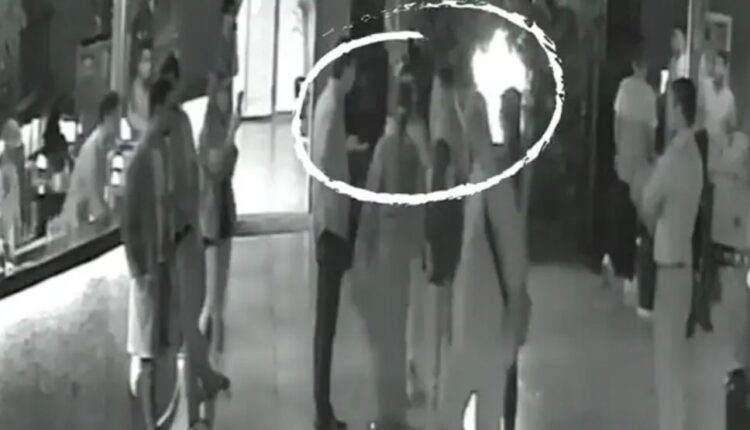 New Delhi/Bhubaneswar: Aquila Restaurant in Delhi that allegedly denied a woman entry for wearing saree has accused her of slapping its manager. The restaurant also issued a CCTV footage of the incident.

“We chose to stay silent till now and have been patiently watching the situation related to the incident that took place at Aquila on the 19th of September unfold. At Aquila, we believe in honouring our Indian community and have always welcomed our guests in all dress codes from modern to traditional. Currently, a 10 second clip has been circulating in the media showing only a small snippet of what happened during a period of 1 hour here on Sunday,” the restaurant said in a statement.

“A guest visited the restaurant and was politely requested to wait at the gate as there was no reservation under her name. However, while we discussed internally as to where we could seat them, the guest entered the restaurant and began to fight and abuse our staff. What unfolded after was beyond our imagination, with the guest slapping our manager,” the statement said.

“We believe in utmost transparency and are hence attaching snippets of people who have visited our restaurant in a traditional dress code previously. To tackle the situation and request the guest to leave, one of our gate managers made a statement on sarees not being a part of our smart casual dress code and our whole team apologies for the same,” it said.

“Aquila is a homegrown brand and each member of the team stands tall as a proud Indian. Our gate managers statement in no way is a representation of the entire teams view on the dress code. Nowhere in our company policy does it say that we will refuse entry to anybody in ethnic wear. While we have all the right to take grated steps for the violence by the guest against our staff, we have chose to maintain peace so far but in accordance with our policy of maintaining transparency with our stakeholders we are now issuing this statement,” it added.