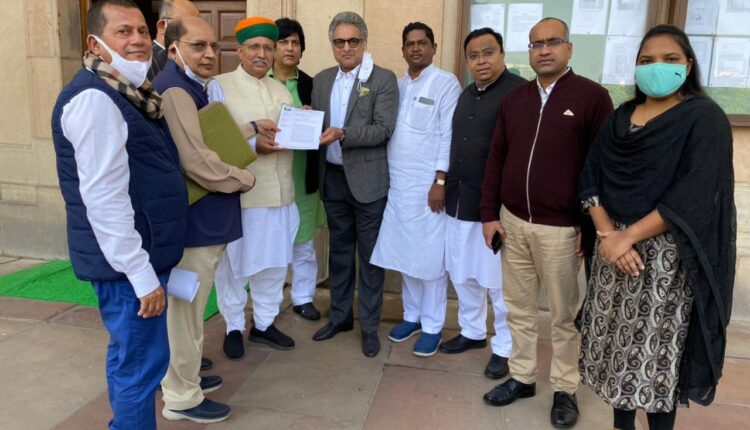 “On 18th July, 2017, the Odisha Cabinet of Ministers led by Chief Minister Naveen Patnaik passed a resolution to declare Paika Bidroha as First War of Independence. On 19th July, 2017, CM Naveen Patnaik wrote a letter to the then Union Home Minister Rajnath Singh requesting to declare Paika Bidroha as the first war of Independence. The people of Odisha wholeheartedly supported this proposal and were overjoyed that finally the rich heritage and culture of the land of Paikas would be rightly recognised, which it richly deserves,” the MPs said in the memorandum.

“On 20th July, 2017, a massive Bicentenary Celebration of the heroic Paika Bidroha was held at New Delhi which was inaugurated by the then President of India Pranab Mukherjee in the presence of Chief Minister Naveen Patnaik. On 23rd October, 2017, the then Union Minister of Human Resource Development Prakash Javadekar in a press meet at Bhubaneswar announced that Paika Bidroha will find a place as the First War of Independence against the British Rule in the history books,” the parliamentarians said in the memorandum.

However, people of Odisha were shocked, anguished and pained when they recently came to know that the Centre refused to declare Paika Bidroha also known as Paika Rebellion as the First War of Independence, they mentioned in the memorandum.

“We strongly demand along with the 4.5 crore people of Odisha, that the Government of India must immediately declare Paika Bidroha as the First War of Independence. Until this demand is met, the pride and the glory of Odisha and the 4.5 Crore Odias will not allow us to rest for a moment, they concluded.

The historic Paika Rebellion in Odisha in the year 1817 could not be called the first war of Independence, Union Culture Minister G Kishan Reddy had recently informed the Rajya Sabha in a written reply to a question by Biju Janata Dal MP Prashanta Nanda.