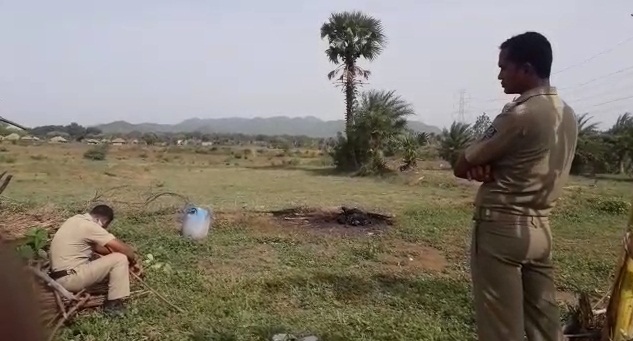 Angul: In a shocking incident, a person allegedly thrashed his mother to death at Ugi village under Jarpada police limits in Odisha’s Angul district last evening after she refused to give him money for liquor consumption.

According to police sources, one Ranjan Mahar of the village asked his mother Surekha (70) to give him the old-age allowance money received by her in order to consume liquor.

The elderly woman didn’t agree to give him the money following which Ranjan, in a fit of rage, thrashed his mother mercilessly leading to her death on the spot.

Ranjan later took the body to a nearby crematorium for final rites. However, police, on being informed, reached the spot in the meantime and seized the charred remains of the body.

Though Ranjan managed to escape from the spot, he was apprehended this morning. Police have started investigation into the incident after registering a murder case.