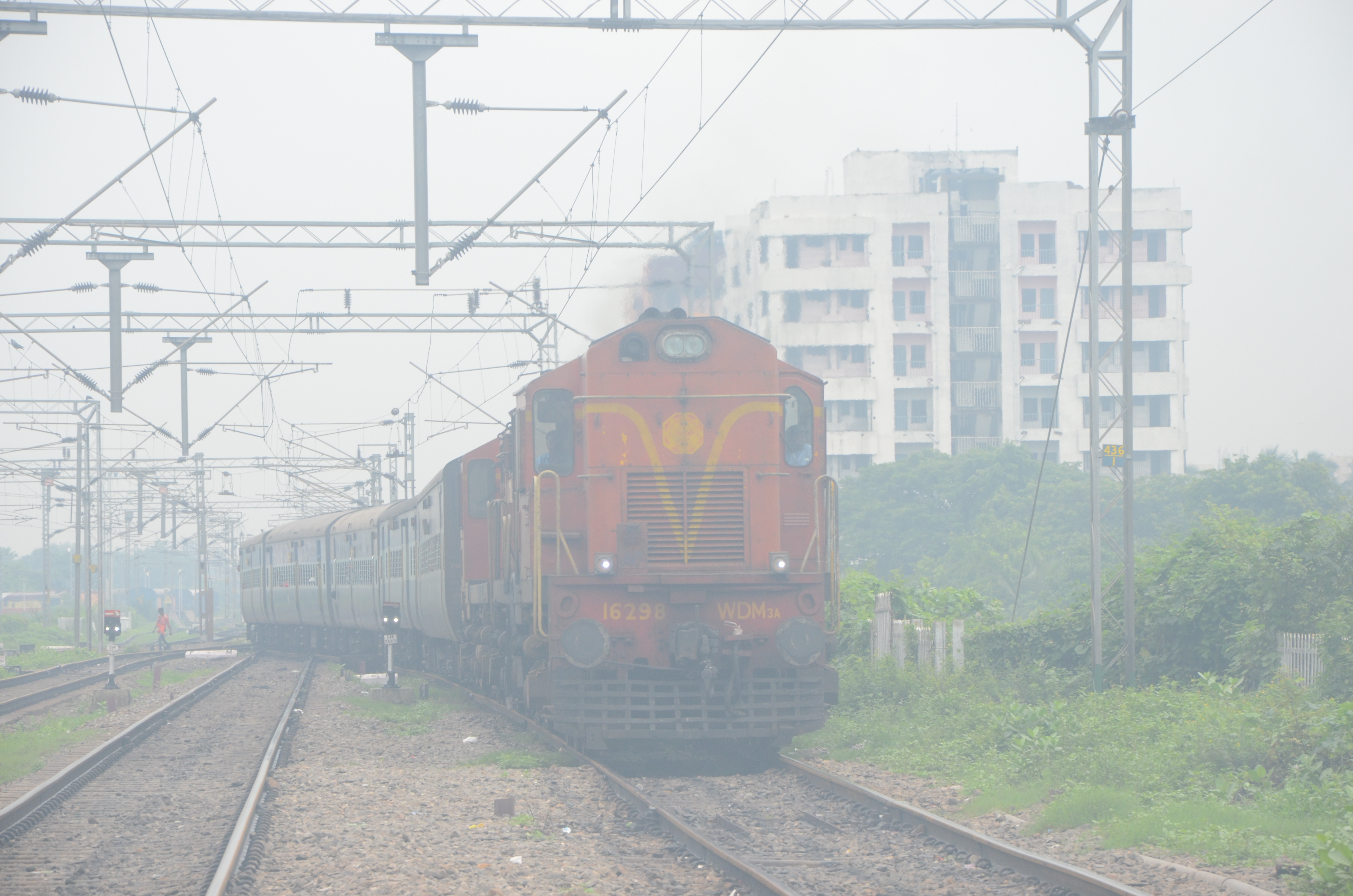 Bhubaneswar: Residents of Twin City Cuttack and Bhubaneswar and other parts of the state today woke up to a thick blanket of fog with poor visibility recorded at many places.

The foggy condition prevailed till 10 AM at many places, including the Twin City disrupting vehicular movements.

Meanwhile, East Coast Railway (ECoR) has geared up its manpower and has taken precautions to cope with the dense fog during night and early morning in various sections under its jurisdiction. Loco Pilots have been instructed to regulate train speed depending on visibility conditions for the safety of passengers. Train running staff are being counselled by railway officers and safety counsellors to cope with the situation.

“In areas prone to dense fog, luminous and fluorescent strips have been painted at OHE (Overhead Equipment) masts, level crossings and in busy traffic areas before ‘Stop’ signals. This will be of great help to loco pilots who can spot the luminous strips even in fog and get extra careful while approaching towards the signal,” said an official statement.

ECoR  General Manager directed concerned officials to accord highest priority for safe running of trains during foggy weather. The loco pilots and guards have been instructed to ensure that they put safety of the passengers at top priority and run trains at a reduced speed.

Besides, Station Managers have been provided with adequate detonators that are used to provide an audible indication to the locomotive crew about approaching signal. They have been advised to assess whether visibility is impaired badly enough to warrant the use of detonators. Staff posted at stations, cabins and gates have also been instructed to place detonators whenever there is thick fog.

Guards of the trains have been counselled to watch that the loco-pilot does not exceed the prescribed speed limit during foggy weather. They have advised to use Red Tail lamp and flasher lamps.

ECoR has also introduced Cold Weather Patrolling System by deputing Winter Patrolman with proper training and monitoring. Apart from this, surprise checks and Footplate inspections are being done during late night and early morning hours.