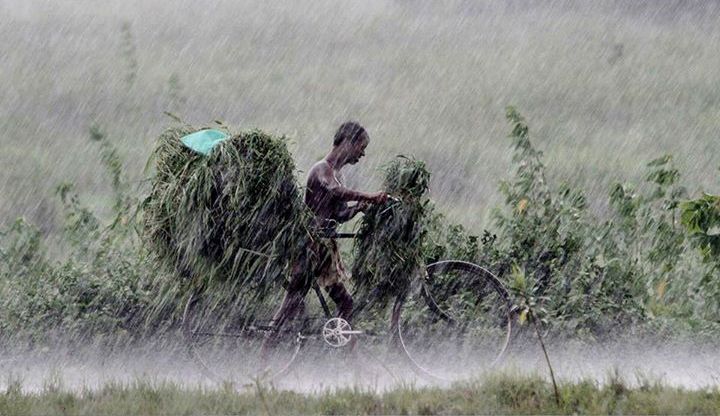 Bhubaneswar: The depression over coastal Odisha is likely to trigger heavy to very heavy rainfall in Odisha during the next 24 hours, the local meteorological centre predicted today.

“The Depression over coastal Odisha moved northward and lay centered at 0530 hrs IST of today, the 20th October 2017 over coastal Odisha near Latitude 20.8º N and longitude 86.5º E about 25Kms west of Chandbali. The system would move nearly Northwards for some time and then North-Northeastwards and weaken gradually into a Well marked low pressure area during next 24 hrs,” a bulletin of the meteorological centre said.

Rain/thundershower likely to occur at  most places in districts of Odisha during next 24 hours, it forecasted.

Local cautionary signal Number Three (LC-III) has been hoisted at Paradip and Gopalpur Ports in Odisha.

Strong gusty surface wind from easterly direction with speed reaching 45-55 KMPH gusting to 65 KMPH likely to prevail along and off Odisha Coast.

Sea condition would be rough to very rough along and off Odisha coast for which fishermen have been advised not to venture into sea.