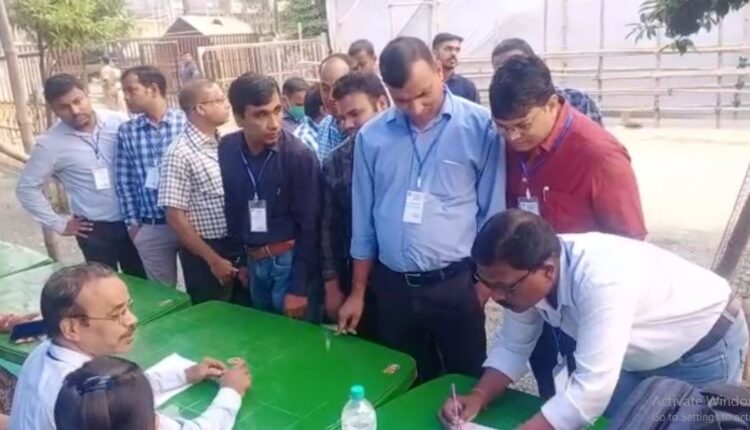 Bhadrak: The counting of votes for the bypoll to the Dhamnagar Assembly Constituency in Odisha’s Bhadrak district began, this morning.

Requisite arrangements for the counting have been made at District Sanskriti Bhawan located in Samaraipur of Bhadrak town. About 14 large tables are in place for the purpose and the counting will be completed in 18 rounds. The Postal Ballots will be counted first.

A supervisor, an assistant supervisor and a micro-observer will be present at each of the tables.

Elaborate three-tier security provisions have also been made by the district administration. Teams of the Central Reserve Police Force (CRPF) and Odisha Police have been put into service.