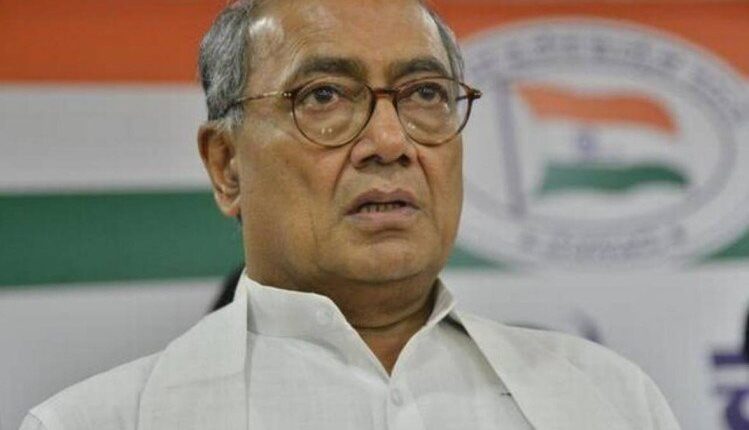 Bhopal: Amid spirited campaigning for the by-elections to three Assembly constituencies and a Lok Sabha constituency in Madhya Pradesh, the absence of Congress veteran and former Chief Minister Digvijaya Singh from the scene has raised questions.

Will Digvijaya Singh campaign for the Congress or in his absence a part of the party’s strategy are issues being widely discussed on social media, and elsewhere.

The death of the sitting MLAs from Jobat, Prithvipur and Raigaon Assembly seats as well as the Khandwa Parliamentary constituency has necessitated the bypolls. Both the ruling Bharatiya Janata Party and the Congress are sparing no effort for victory and have an active campaign programme slated.

Chief Minister Shivraj Singh Chouhan and state BJP President Vishnu Datt Sharma are in charge of the campaigning for the saffron party, and will hold more than half a dozen meetings or poll programmes daily. Former Chief Minister and state Congress President Kamal Nath is actively leading the charge for his party, while former state Congress chief President Arun Yadav is leading it in Khandwa.

However, the absence of Digvijaya Singh continues to be the primary focus of the media.

Whether it is slamming the Shivraj Singh Chouhan-led state government or the BJP as an organisation, the silence of Digvijaya Singh has raised several questions ahead of the upcoming bypolls. He had recently visited Prithvipur while Congress candidate Nitendra Rathore had filed his nomination papers but has not returned since.

A Congress leader requesting anonymity said Digvijaya Singh has always criticised the use of religion in politics by the BJP and its Hindutva ideology, and his repeated statements slamming the BJP government are seen as hurting the Congress.

Mole Day 2021: Significance, History and all you need to know