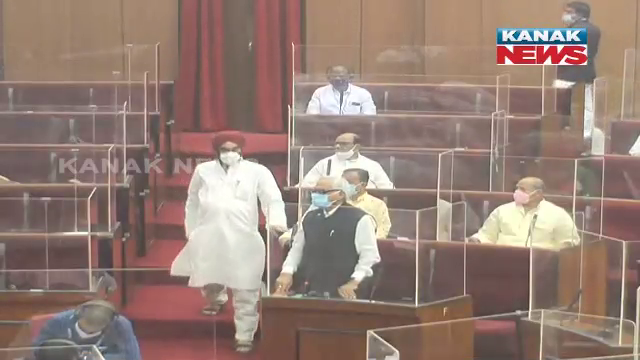 Bhubaneswar: On the third day of Monsoon Session, Odisha Assembly could not even run for a minute as Congress MLAs created an uproar in the House alleging corruption in Staff Selection Examination.

Soon after the House assembled for the day, Congress legislators stood up on their seats and staged protest. A group of the party MLAs led by Tara Prasad Bahinipati and Sura Routray went to the Well of the House and shouted anti-Government slogans.

“The staff selection committee is a huge scandal where even the third floor’s involvement cannot be ruled out,” said Congress Legislative Party (CLP) Leader Narasingha Mishra in the House.

Earlier in the day, Opposition BJP moved an adjournment motion on the deteriorating law and order in the state seeking a reply from Minister of State (Home) Dibya Shankar Mishra.

“Many important Bills will be tabled in the House and few major issues are likely to be discussed in the House. But unfortunately, the Opposition are creating ruckus in the House disrupting the proceedings,” said MLA Snehangini Chhuria outside the House.