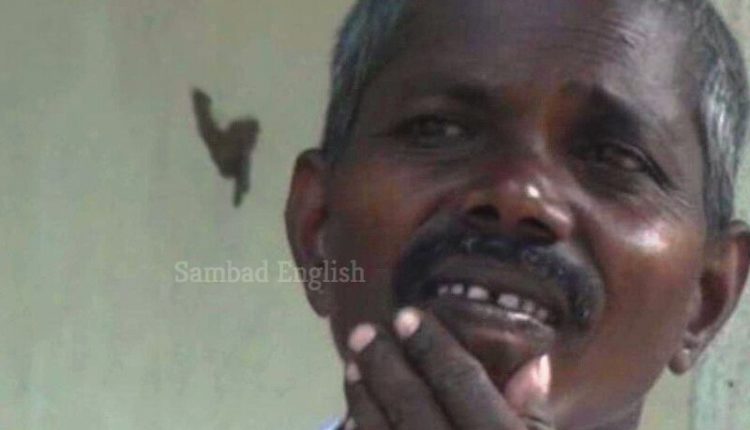 Nuapada: Heart-broken after family members refused to accept him when he reached his house after undergoing 18 years of imprisonment, one Bhuban Majhi of Golabandha village under Sadar police limits in Nuapada district committed suicide yesterday.

However, police reached the spot this morning and sent the body for post-mortem.

Sources said Bhuban was living happily with wife Pana and two children. In October 2001, he had a fight with his wife over some trivial issues. In a fit of rage, Bhuban attacked Pana with an axe killing her on the spot. Acting on a complaint, police had arrested him and a court later sentenced him to 18 years of imprisonment.

When Bhuban was released from jail in last October, he learnt that his daughter Daupadi is already married while his son Mohan studying in Bhubaneswar. He was shaken  when his parents did not accept and allow him to enter the house. With no option left, Bhuban started begging for food and taking shelters on school verandas and at Angadwadi centres in the locality.

Bhuban, who was in distress since then, lost mental balance and committed suicide by hanging himself from a tree in the village yesterday. Police registered an UD case and sent the body to hospital for post-mortem, sources added.

Man commits suicide after being released from jailnuapada