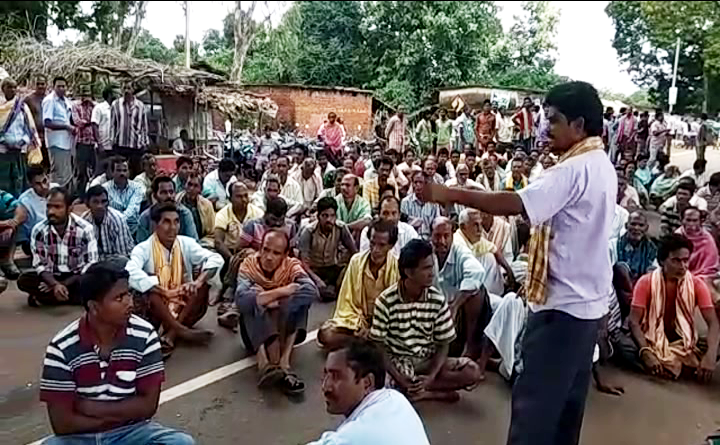 Bargarh: Tension prevailed at Gaurajuri village in Bargarh district today after locals staged a road blockade protesting death of a farmer, who was undergoing treatment at a hospital after falling ill, last evening.

The deceased has been identified as Gobinda Biswal (50) of Palasada village under Paikamal block in the district. He was admitted to hospital after he fell ill while staging a dharna for three days demanding crop insurance.

Sources said Gobinda had borrowed Rs 75,000 from a cooperative society for cultivation on his three acres of land. However, the crops were damaged. He was in distress after all his crops were damaged. He had planned to repay the loan after getting the crop insurance money. After failing to receive the insurance money, Gobinda had resorted to a dharna.

After his death last evening, angry locals staged a road blockade at Gaurajuri Chhak by keeping the body on the road disrupting vehicular movement in the locality.