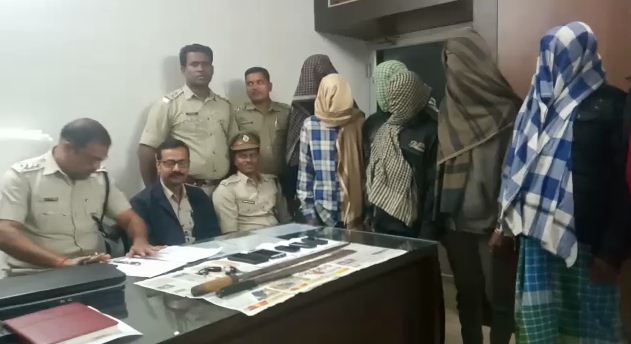 Berhampur: The Bhanjanagar police in Odisha’s Ganjam district have arrested six members of a domestic animal looter gang and rescued as many as 151 goats and sheep, a police official said today.

“The gang used to loot goats and sheep from sheds by threatening the rearers with sharp weapons in Ganjam and other neighbouring districts. We have arrested six members of the gang and efforts are on to apprehend others involved in the offence. The arrested persons hail from Jatni and used to sell the animals in the area after committing loot,” the police official said.

Vehicles including an SUV, swords and mobile phones have been seized from their possession. The rescued animals will be handed over to the rearers, he added.

Worth mentioning, the gang while looting goats at Baragaon village under Jagannathprasad police limits in Ganjam district on January 9 had left behind an SUV before fleeing the spot.