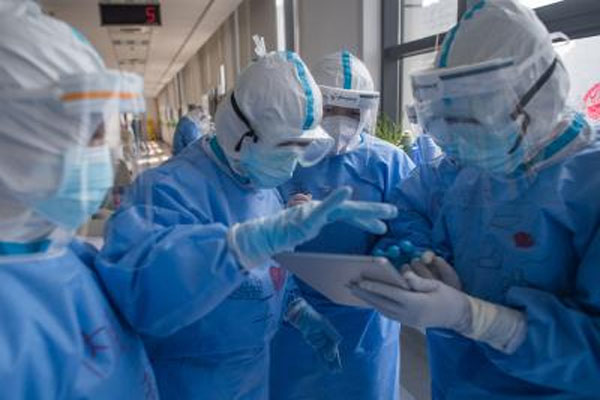 Islamabad: One of the three dominant strains of Covid-19 in China and the Omicron sub-variant XBB’s presence is confirmed in Pakistan through genome sequencing, as per the National Institute of Health (NIH) and Aga Khan University.

The country, however, is safe from the highly infectious strain — BF.7, The News reported Tuesday.

“Genomic surveillance is underway at NIH Islamabad. However, due to low positivity, only a few samples are available for sequencing. Our last batch showed increased cases of Omicron XBB,” an official of the NIH Islamabad said.

NIH officials also reiterated that there is no imminent threat of any major Covid-19 wave in Pakistan.

“However, we are continuously monitoring the situation and prepared for any situation,” they added.

On the other hand, scientists at Aga Khan University also confirmed to The News that they had detected and reported the XBB sub-variant of the Omicron variant to the authorities in the country but added that they had not yet seen other two sub-variants, including BF.7.

Infectious diseases expert Faisal Sultan believes that in addition to the XBB variant, the highly infectious BF.7 would also be present and circulating in the country as there were no travel restrictions in place to prevent the movement of the Covid-19 virus, The News reported.

Another infectious disease expert from Aga Khan University, Faisal Mehmood also says there is no doubt about the presence of both the XBB and BF.7 variants in Pakistan but claimed that due to mix and match of vaccines, especially mRNA vaccines, people had acquired better immunity as compared to the Chinese population.

On the other hand, a senior molecular scientist and professor of pathology at Dow University of Health Sciences (DUHS) Karachi Professor Saeed Khan was of the opinion that BF.7 variant has not yet entered Pakistan, saying once BF.7 gets into Pakistan, sharp surge in cases would be seen which would announce its presence in the country.

According to Khan, BF.7 variant has the ability to evade natural and artificial immunity against Covid-19 re-infections and it was so infectious that one person infected with this virus could infect 18 to 20 people, The News reported.

N.Korea warns of ‘toughest reaction’ to US…

Karnataka man hammers 3 children to death before dying by…