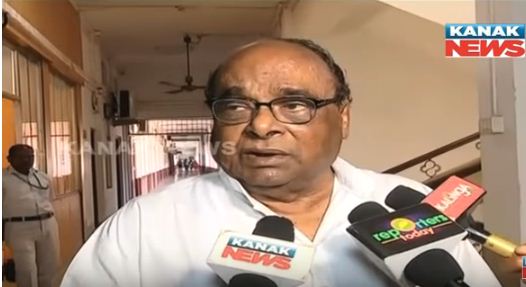 Bhubaneswar: Reacting to series of incidents reported on setting fire to crops by farmers across Odisha, Agriculture Minister Damodar Rout today urged the farmers not to torch the crops being panicked over insects attack.

“Not as a politician, but a person belonging to a farmer family I am requesting the farmers not to torch paddy crops as it will be like setting fire to goddess Lakhmi and we will be spurned by the goddess,” he said.

Earlier, the government was not providing any financial assistance for crop loss. The farmers were producing crops amidst rains, floods, drought and insects attack and feeding human society. Now this is the constitutional and moral duty of the government to extend helping hands towards them in case of 33% crop loss, he said.

He assured that the government will take strong action if anyone will be found to have provided duplicate pesticides to farmers.

“Strong action will be taken if the allegation of duplicate pesticides will be proved true,” the minister said.

The government has asked the agriculture officers to visit the farmers, whose crops have been damaged due to pesticide menace or insect attack on crops and estimate the crop loss. As per the announcement of package by Chief Minister Naveen Patnaik, financial assistance will be provided to the affected farmers, he further said.