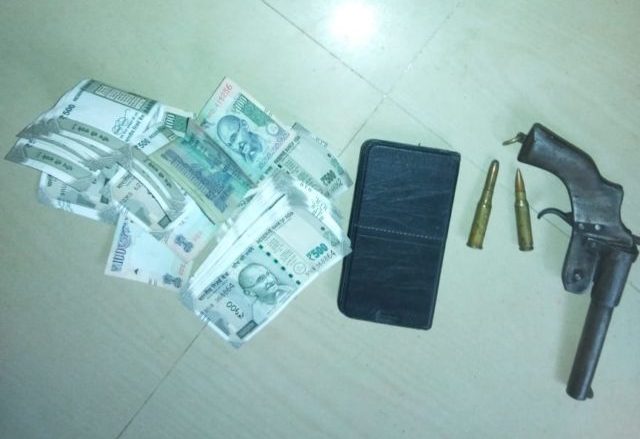 Berhampur: A notorious criminal was injured in an encounter with police near Pustapur in Odisha’s Ganjam district early this morning.

The injured, identified as Dillip Das (24) alias Bidesi of Banapur area in Khordha district, is undergoing treatment at the MKCG Medical College and Hospital here.

According to reports, acting on a tip-off about presence of the criminal at a cashew orchard near Pustapur, police tried to nab him. However, he opened fire at the cops in a bid to escape.

In retaliation by the police, he sustained bullet injuries on his right leg and was admitted to Khallikote hospital for treatment. He was later shifted to MKCG Medical College and Hospital.

As many as two rounds of bullets, a motorcycle, a gun, a mobile phone and Rs 20,000 have been seized from his possession.

Around 20 criminal cases are pending against him at various police stations, police sources said.

After ‘filmy’, Odisha police gets ‘sporty’ to promote road safety