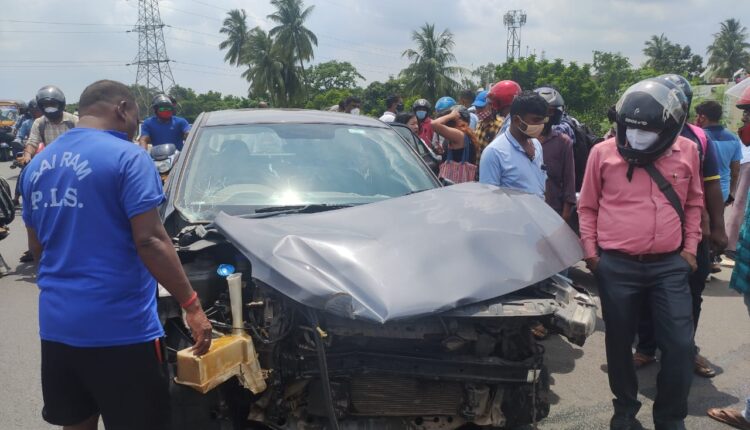 Bhubaneswar: A day before his engagement, a youth was mowed down by a four-wheeler on NH-16 near CRP Square here today. However, four occupants of the car, including two young women were later detained in this connection.

Reportedly, four youth, including two women were heading towards Jaydev Vihar from Khandagiri area in a car in inebriated state. Midway, their vehicle hit the ill-fated scooter of Rajesh Kumar Swain near CRP square leading to his death on the spot.

Rajesh, a resident of Rourkela, had came to Bhubaneswar for his engagement scheduled tomorrow.

“All the four persons have been detained for questioning. They were drunk. Along with the vehicle, we have also seized alcohol from the vehicle,” informed Bhubaneswar DCP.

Police sources said the two girls are residents of Himachal Pradesh and Sikkim.