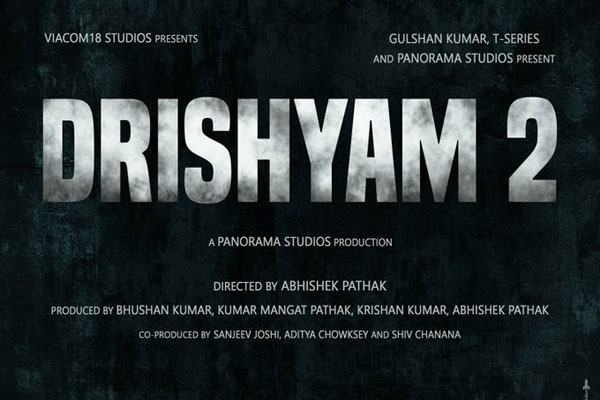 The movie is a sequel to the 2015 crime thriller ‘Drishyam’, which was a Hindi remake of the Mohanlal-starrer Malayalam movie.

While in ‘Drishyam’ Ajay’s character Vijay Salgaonkar was seen protecting his family after an incident involving his elder daughter created issues for them that led to police investigation. The makers have assured that the sequel is going to be more thrilling.

Ajay will be seen reprising the role of Vijay Salgaonkar in the crime-thriller.

The film is presented by Viacom18 Studios, T-Series and Panorama Studios.

The sequel to the Malayalam film ‘Drishyam’ was released on
February 19, 2021.