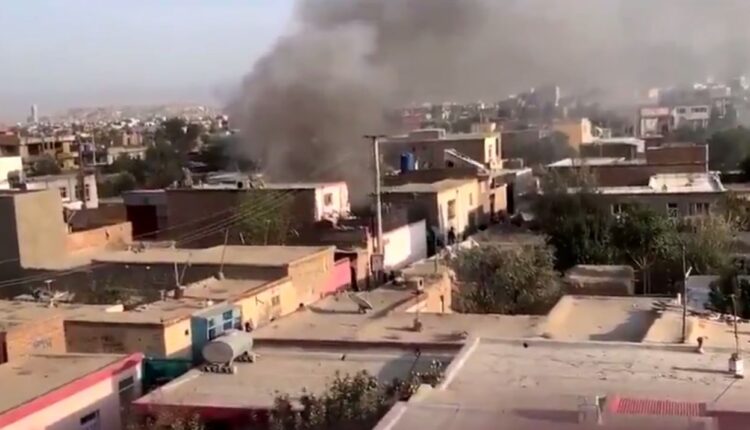 New Delhi: The US says its drone strike in Kabul on Sunday was successful in “eliminating an imminent” threat to the airport, where evacuations are winding down, BBC reported.

Capt Bill Urban of US Central Command said he was “confident” that the target, a vehicle carrying at least one person associated with IS-K and a “substantial amount of explosive material”, was destroyed.

“We are assessing the possibilities of civilian casualties, though we have no indications at this time,” he said, the report said.

It comes after witnesses reported a rocket strike near the airport, although it is not clear if the two incidents are connected.

A bombing at Kabul airport last Thursday killed as many as 170 people, including 13 US troops.

US National Security Advisor Jake Sullivan has said they will continue to carry out strikes in Afghanistan, after an attack at Kabul airport killed about 170 people.

“The president (Joe Biden) does not intend to start a new war in Afghanistan,” he told CBS.

“That being said, he also is going to talk to his commanders about whatever set of tools and capabilities they need to get the people who attacked our troops at the Kabul airport and to make sure that we are degrading and debilitating the group, Isis-K, that conducted this attack.”

Isis-K, or IS-K, is the Afghanistan branch of the Islamic State jihadist group, which claimed the Kabul airport attack.

BBC reported that Sullivan also said they were “very closely tracking” the potential threat of attacks in the US: “What the intelligence community has assessed to date is that the relevant terrorist groups in Afghanistan do not possess advanced external plotting capabilities – but, of course, they could develop them.”

Attack on father-son duo: Are police trying to hush up role of ‘Manababadi Sangathan’ chief