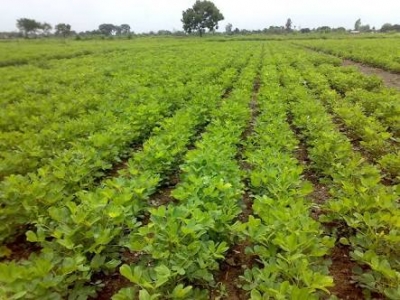 GSEOEOSA president Samir Shah, speaking to local media here said, “It will be too early to predict the prices of groundnut oil in specific and edible oil rates in general for the coming session, because many factors are going to impact the domestic market, like drought in China, which will compel it to import more peanut from other countries, including India. In Southern state’s, specifically in Andhra Pradesh, the groundnut sowing in monsoon season is just on 20 per cent of the total area and in Karnataka on 35 per cent area compared to previous year.”

In Gujarat, groundnut sowing in the monsoon season is on 17 lakh hectares of land, it is two lakh hectare less than last year till August 22, as per the state agriculture department.

The US’s Department of Agriculture’s forecast for China’s peanut production for 2020-21 was 17.7 million metric ton, which is likely to remain the same for the current year.

But, drought in the season will adversely impact the sowing and harvesting. Because of which its import is likely to go up is the apprehension of Shah, resulting in high demand of peanuts from the domestic market and less availability for crushing. That will push up edible oil prices and specially of groundnut oil prices in Gujarat and India in the coming season. On Thursday groundnut oil 17 liter prices touched Rs 3000, it is historically high.