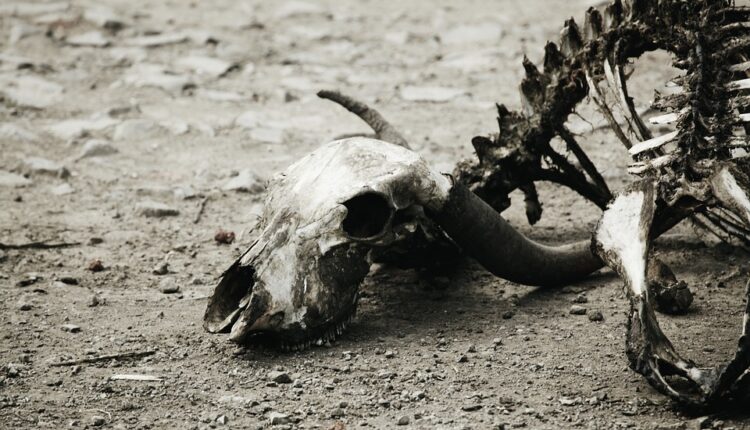 Nairobi: Due to an acute drought that has affected vast swathes of Kenya’s arid and semi-arid lands, at least 1,235 wild animals have died between February to October this year, a government official said.

“The mortalities have arisen because of depletion of food resources as well as water shortages,” Malonza said.

She said that the situation has been aggravated by depressed rains in the arid and semi-arid areas of the country during the October-December 2021 and March-May 2022 rainy seasons.

Malonza added that the biting drought that has caused the mortality of mostly herbivore species is being experienced in southern, eastern and northern Kenya.

She said the government has been providing hay to affected species such as Grevy’s zebra and hippo, water trucking for wildlife in protected areas, enhanced surveillance of wildlife outside protected areas to reduce human-wildlife conflicts, and mobilizing resources for mitigating the impacts of the drought.

Malonza urged wildlife partners to supplement the provision of water as well as salt licks to wildlife in the most affected ecosystems, expand hay provision to Gravy’s zebra in northern Kenya and support an urgent undertaking of a total aerial census of wildlife.

According to an official report released on Friday, the drought has resulted in the deaths of 512 wildebeests, 381 common zebras, 205 elephants, 49 Grevy’s zebras, 51 buffalos, 12 giraffes, eight hippopotamuses, six elands, six Kongoni, two grant Gazelles, one ostrich, one rhino and one waterbuck.

Elephants in Amboseli and Laikipia and Samburu counties in northern Kenya, the report says, are worst affected by the drought as the ecosystems have recorded more than 70 elephant deaths.

The Amboseli ecosystem in south-eastern Kenya has lost 510 wildebeests, 358 common zebras, 76 elephants, and 19 buffalos during the current drought season, said the report.

It notes that the rhino population has not been seriously affected by the drought with only one rhino aged about two years has died.