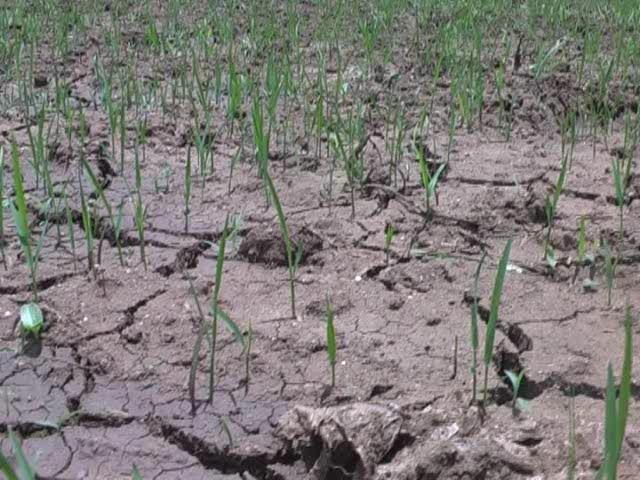 Bhubaneswar: The Odisha government on Thursday admitted that a drought-like situation prevailed in certain pockets of the state due to deficient rainfall in the monsoon season.

Replying to an adjournment motion on the drought situation in the state, Revenue and Disaster Management Minister Maheswar Mohanty rejected the reports of district collectors after a deliberation in the Assembly and admitted that certain pockets of the state experienced a drought-like situation following deficient rainfall.

The minister said he would visit several affected places to assess the situation after the Assembly session is over.

Earlier, the district collectors in their reports had maintained that there was no drought-like situation in the state even though cultivation was affected in several areas due to rainfall deficit.

The minister, however, said the government was well prepared to deal with the possible drought situation.

He said the state has received nine per cent deficit rainfall during the ongoing monsoon season so far.

Participating in the adjournment motion, leader of opposition Narasingh Mishra said that it was completely false that no drought-like situation had arisen in the state.

“This is the third consecutive year the state is facing a drought situation. The reports of district collectors are incorrect and the minister should not rely on them. These officers never visit the spot and send reports to the government. Let there be an actual drought assessment,” said Mishra.

“I will tender an unconditional apology in the Assembly if my claims are false. Will the state government take action against the collectors who submitted false reports on the drought situation?” Mishra added.

The opposition leader claimed that he had visited several panchayats in Bolangir district and collected information from other districts where farmers were fighting to save their crops in the absence of rain.

Congress chief whip Taraprasad Bahinipati demanded that the government should waive loans and electricity dues for the farmers.

He also criticised the BJD government for not creating major irrigation projects in the last 17 years of its governance.

He said while Chief Minister Naveen Patnaik has been heading the water resources department since the last 17 years, about 197 blocks out of 314 blocks are yet to get 35 per cent irrigation.

Maintaining that farmers are committing suicide due to their loan burden, he called for a united fight for the cause of farmers. (IANS)