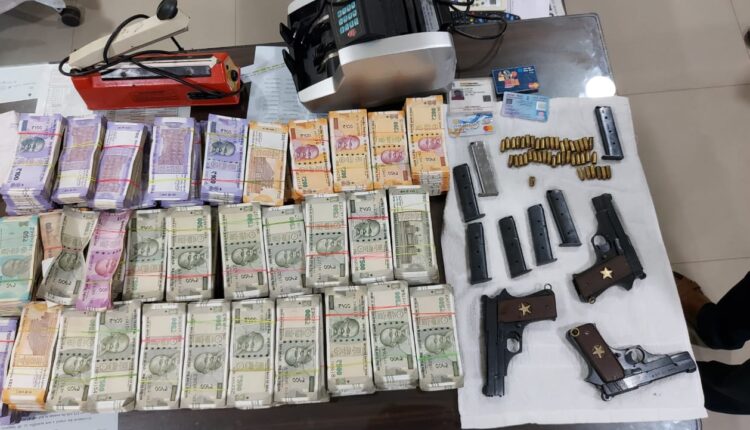 On the basis of intelligence input, the STF raided the place early this morning over alleged sale/ possession of contraband brown sugar and guns.

A person namely K Vickey Rao of Rajabazar, Khordha district has been arrested in this connection.

Worth mentioning, the STF has seized more than 47 kg of brown sugar and arrested 122 drug dealers/ peddlers since 2020 in its special drive against narcotic drugs.

Similarly, as many as 67 firearms have been seized by the STF during the period.