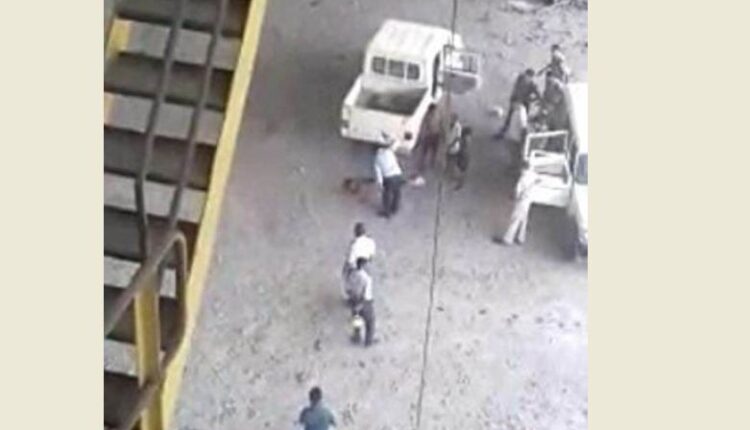 Bhubaneswar/Rourkela: In a shocking incident, a drunk youth was allegedly beaten to death by the security personnel engaged by a private company on premises of the Rourkela Steel Plant (RSP). The matter came to light after a video purportedly showing the security guards thrashing the youth in presence of the Central Industrial Security Force (CISF) personnel went viral on social media.

After registering an unnatural death case, the Tangiripalli police has been investigating into the death of the youth, identified as Sachin Gopa from Dehuri Basti located on the outskirts of Rourkela city.

Yesterday evening, some locals initially spotted Gopa in a critical condition outside RSP near its boundary wall. He was rushed to the local government hospital where doctors declared him brought dead.

Brother-in-law of the deceased stated Gopa in an inebriated condition had strayed into RSP premises from the New Hot Strip Mill side. Some security guards of L&T took Gopa inside and thrashed him mercilessly in presence of CISF personnel leading to his death. Later Gopa’s body was thrown outside the factory, alleged the deceased’s brother-in-law demanding that the accused must be arrested at the earliest.

L&T company, which has engaged workers at RSP, is trying to suppress the matter by influencing the deceased’s family with money, said a local.

Reactions of the Police and authorities of RSP on the matter could not be obtained.