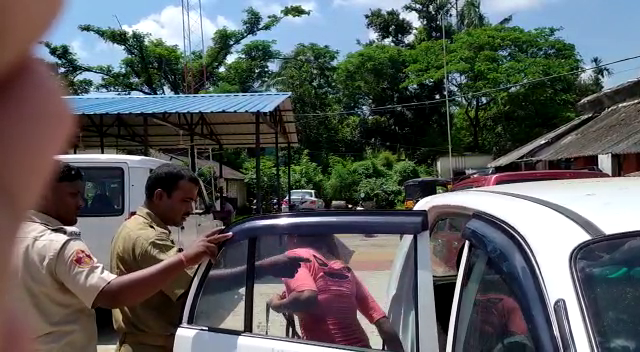 Bhubaneswar: Traffic movement on a busy street in the state capital came to grinding halt for a while after two young girls in inebriated condition created a nuisance giving a headache to the Commissionerate Police.

Sources said the two girls were traveling in a car on Kapileswar road and later parked the four-wheeler in the middle of the road. When some commuters opposed the girls, who were reportedly drunk, they created a ruckus on the road.

On getting information, the Lingaraj police rushed to the spot, detained the girls and took them to custody for questioning. The cops also seized liquor bottles and cigarette packets from the vehicle.