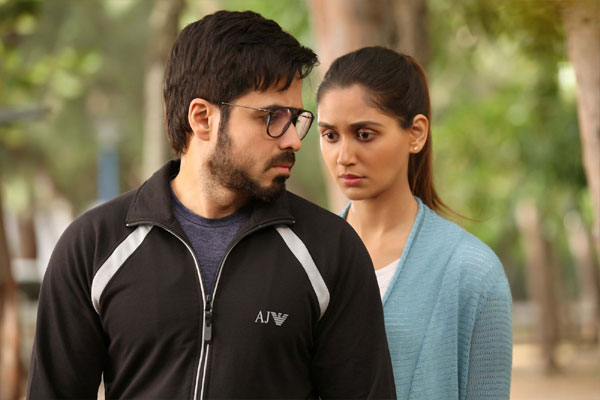 Film: ‘Dybbuk: The Curse is Real’ (Streaming on Amazon Prime)

Jewish-themed films are a rarity in the Indian film industry, and a horror one is a further far cry, despite there being a lot of terrifying entities in Judaic folklore. So, when director Jay Krishnan promised us a story of the malevolent ghosts called Dybbuks, expectations were high. But alas.

According to folklore, a clinging demon is called a Dybbuk. These demons attach themselves to a pious soul or to those whose body and soul are not aligned or, in other words, to those who had not been able to transmigrate successfully. The demon would then guide the renegade soul into the body of a living person. This would give the soul a refuge and the demon an opportunity to take control of the possessed person’s body.

Exorcising a Dybbuk, removing the destructive forces from a pure soul, is not just an imperative to save a person who is possessed. It is a battle in a cosmic war. A dramatic, terrifying ritual is required to force the reluctant spirit out of the body in which it is squatting. A ceremony is conducted, in the synagogue, in the presence of 10 Jewish men who have purified themselves through fasting and ritual immersions.

Using these two elements (the origination and the exorcism) from the folklore the film is a straightforward tale of a mixed couple (Christian boy, Hindu girl) – Samuel Isaac (Emraan Hashmi) and Mahi Sood (Nikita Dutta), who land in Mauritius because of Samuel’s posting.

While setting up their house in Mauritius, Mahi picks up an intricately designed box from an antique shop which turns out to be the Pandora’s Box. They soon experience paranormal activities in their house, and to complicate matters the couple learns that Mahi is expecting a baby. How they identify the Dybbuk and exorcise it forms the crux of the narrative.

As a horror film, ‘Dybbuk: The Curse is Real’ falls qualitatively under par on all fronts. Despite the atmospheric setting, with all the tropes of the horror genre, the narrative is steeped with cliches and it is not smooth. The scenes with most of the dialogues and performances appear to be perfunctorily staccato. The pauses and the dramatic gazes, instead of building tension and suspense, make the scenes appear ridiculously forced and far from ominous, a case in point is when the Catholic priest (Denzil Smith) comes to Sam’s house.

But visually, two good shots stand out. The first one is a low-angle shot capturing Markus (Manav Kaul), the Rabbi’s son, and a swooping mass of thousands of birds whirling in the sky above. The murmuration is an amazing sight. And the second shot is when Ezra (Imaad Shah), the boy who is turned into a Dybbuk, is hit by a flaming rod.

Overall, the film set against the picturesque backdrop of Mauritius is a sort of paint-by-numbers horror narrative. It barely scratches the surface, and the telling is painfully slow.

PM Modi arrives in Rome ahead of 16th G20 summit