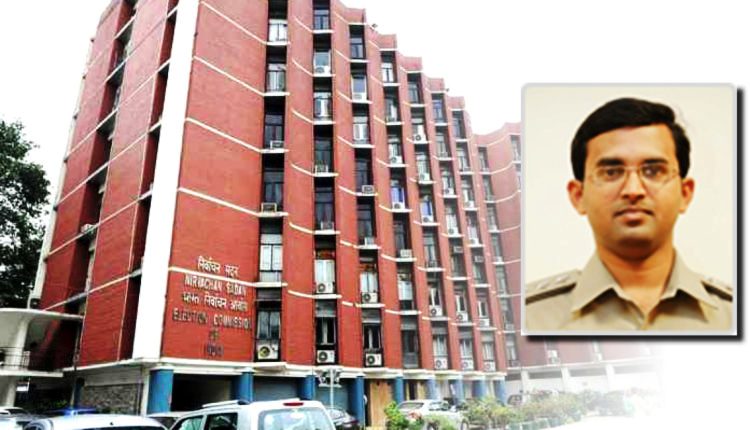 Bhubaneswar: The Election Commission of India (ECI) has ordered for removal of Bargarh SP Jugal Kishore Banoth ahead of bypoll to the Bijepur assembly constituency in Odisha scheduled to be held on February 24.

Subsequently, Odisha chief electoral officer Surendra Kumar has written a letter to the state Home department seeking recommendation of names of three IPS officers, one of whom will be posted as the new Bargarh SP.

The Home department has asked DGP R P Sharma to recommend the names of the three IPS officers and a report in this regard will be sent to the ECI for approval.

It may be recalled here that a delegation of BJP led by Union Minister Dharmendra Pradhan had on January 30 submitted a memorandum to the ECI at Nirvachan Sadan, New Delhi alleging that some state government officials including Banoth were acting like agents of ruling BJD.

“The ruling BJD has left no stone unturned to ensure its poll victory by using devious means. The district law and order situation has stooped to its nadir as both the police officials and the private goons have ensured a state of terror and anarchy in the constituency. The district police officials led by district SP Bargarh Jugal Kishore Banoth, IPS are acting in the most partisan ways to create panic and fear particularly amongst party workers and sympathisers of BJP,” the saffron party had said in the memorandum besides demanding the transfer of the SP.