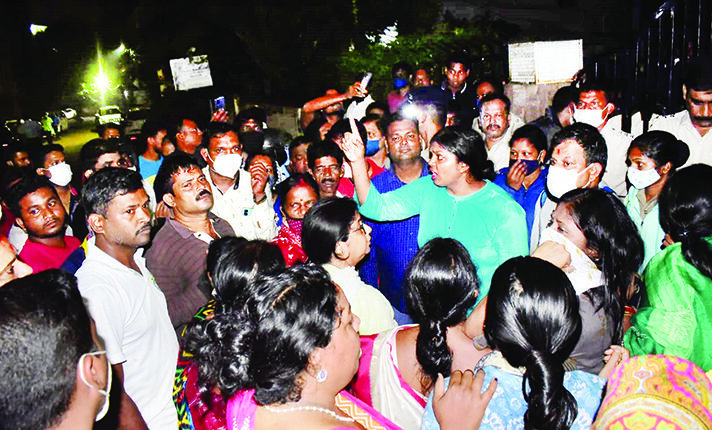 The accused have been identified as residents of Science Park slum in the city.

The arrests were made on the basis of suo motu case registered by police.

Sarangi remained confined in a house at Acharya Vihar here for over three hours yesterday as activists allegedly belonging to BJD shouted slogans besides pelting eggs and stones while she had gone there as a part of BJP’s Jana Sampark Yatra.

They were reportedly protesting against the rise in the price of LPG and essential commodities.

The parliamentarian had to remain inside the house from around 8 pm to 11 pm.

Later, Bhubaneswar DCP Umashankar Das reached the spot while the MP was rescued by police.

“BJD goons created ruckus while our meeting was on. Arrogance and hooliganism at its height. We are unsafe,” tweeted Sarangi.

With the residents of Acharya Vihar last evening.
Got to know from them regarding the repeated threatening by the local BJD leader if the MP was invited.
BJD goons created a ruckus while our meeting was on.Arrogance & hooliganism at it height.We are unsafe.
Is CM aware? pic.twitter.com/qi31Jk1GS8