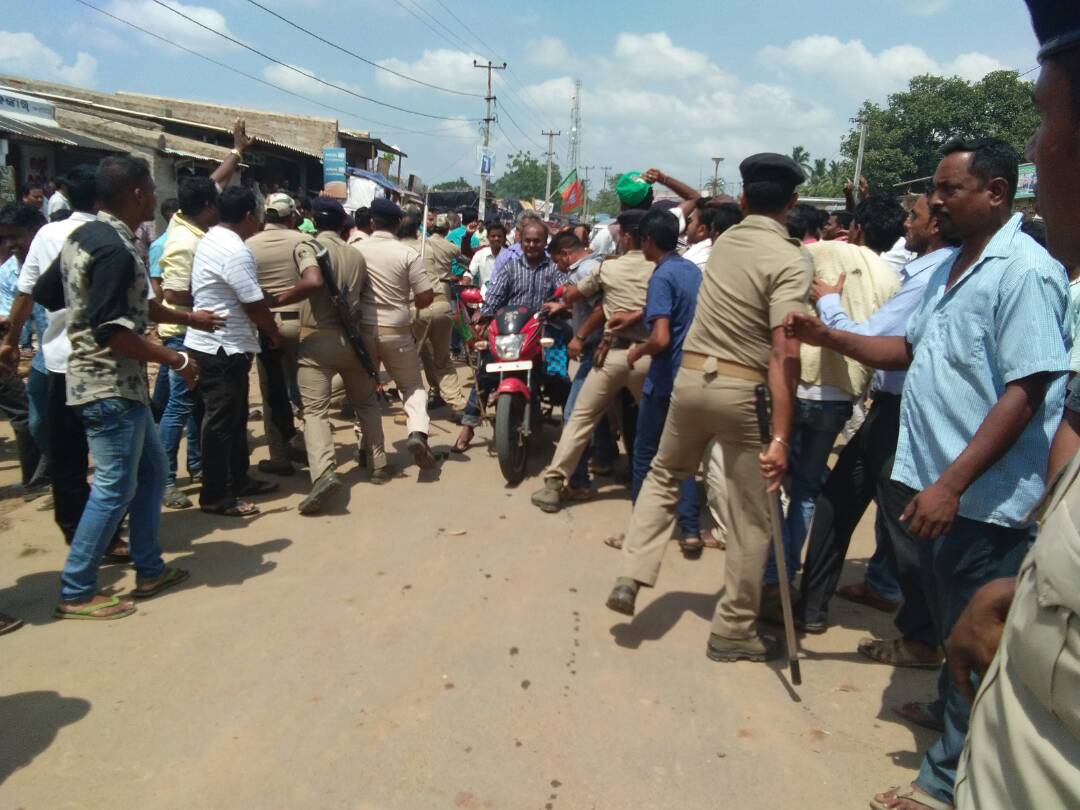 According to reports, the conch party activists waved black flags at Oram and threw eggs at the minister’s vehicle when he was on the way to Rajkanika in the district to attend ‘Sabka Saath Sabka Vikas’ programme.

Following the incident, a clash ensued between BJD and BJP workers at the spot. Police resorted to mild lathicharge to take situation under control.

Some BJD workers were detained in connection with the incident.

Earlier in the day, Oram was shown black flags on Cuttack-Chandbali road by many Congress workers led by Aul MLA Devendra Sharma.

The legislator and more than 100 Congress workers were detained by police after the incident.

Oram took to Twitter to condemn the egg hurling. “I condemned in the strongest terms to anti Adivasi mind set of BJD who have thrown eggs on me in Kendrapara,” he tweeted.

The Union Minister has further said that he wasn’t provided with adequate security. He will take the matter to Union Home Minister Rajnath Singh, Oram said.

On the other hand, BJD spokesman Prashant Nanda has termed the egg attack as people’s anger over Mahanadi issue.