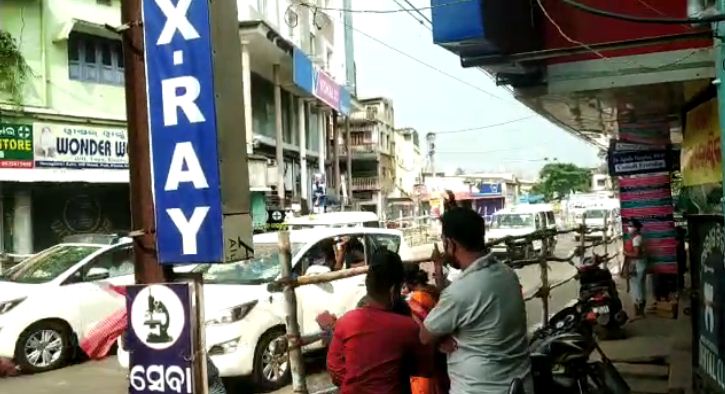 The incident took place when the Chief Minister was returning to Bhubaneswar after attending the foundation stone laying ceremony for Srimandir Parikrama Project in the pilgrim town.

Earlier in the day, members of Bharatiya Janata Yuva Morcha (BJYM) and National Students’ Union of India (NSUI) were taken into preventive custody for waving black flags at Patnaik on Bada Danda here.

The activists shouted “Naveen Patnaik Down Down” slogans and opposed his visit.

Few moments before, eggs were also hurled at Minister Bikram Keshari Arukha’s convoy near Malatipatapur, on the outskirts of the holy city.

Notably, Chief Minister Naveen Patnaik was on a day-long visit to Puri for foundation laying ceremony of Srimandir Parikrama project on the last day of 3-day Mahayajna at the Shree Jagannath Temple.

On the other hand, the Opposition BJP and Congress had been demanding ouster of MoS Dibya Shankar Mishra over his alleged involvement in Mamita Meher case.