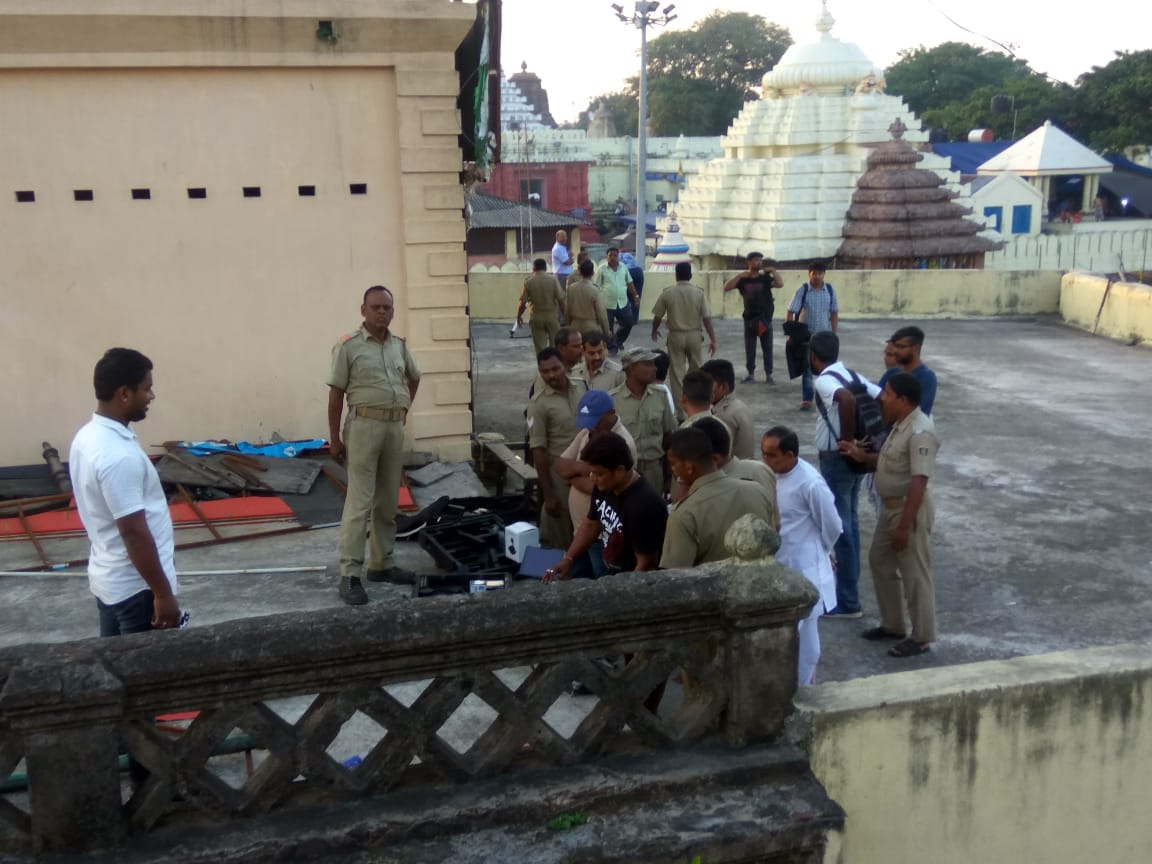 Puri: As many as eight persons were reportedly detained by the Singhadwara police for allegedly making a drone camera fly over the Sri Jagannath Temple in Odisha’s Puri today.

The detainees hail from West Bengal. They were operating the drone camera from the roof of nearby Emara Matha for shooting a short film. The camera was seized by the police.

It later came to fore that they had obtained the permission of the Tourism Department for shooting from October 22 to 30.

It may be recalled here that a quadcopter was seen hovering repeatedly over the 12th century shrine in June, 2016. This apart, a quadcopter had hovered over the temple in 2014 and managed to capture aerial videos and photos of the shrine. The videos and photos were later uploaded on YouTube and Facebook and did rounds on social media.

Following the incident, the Puri district administration was asked to ensure 24×7 patrolling at four towers around the temple.