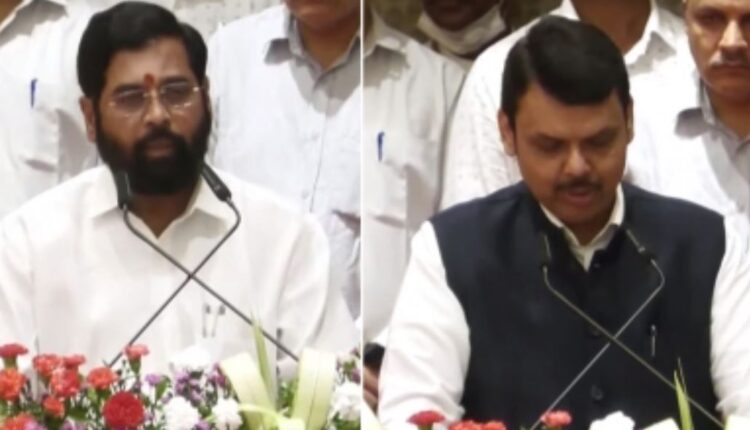 Mumbai: Capping off a series of startling political events of the past 10 days, Maharashtra Governor Bhagat Singh Koshyari administered the oath of office to Eknath Sambhaji Shinde as the 20th Chief Minister and Bharatiya Janata Party leader Devendra Fadnavis as the Deputy CM, here on Thursday evening.

The oath-taking ceremony came a day after former Chief Minister Uddhav Thackeray resigned his post in the wake of a major rebellion in the Shiv Sena legislators that led to the collapse of the 31-month-old Maha Vikas Aghadi government.

After a string of fast-paced developments, the BJP decided to support a minority government headed by Shinde from outside.

The two-member cabinet will be expanded soon with more MLAs inducted as ministers from the Shinde group of Shiv Sena and the BJP, according to party sources.