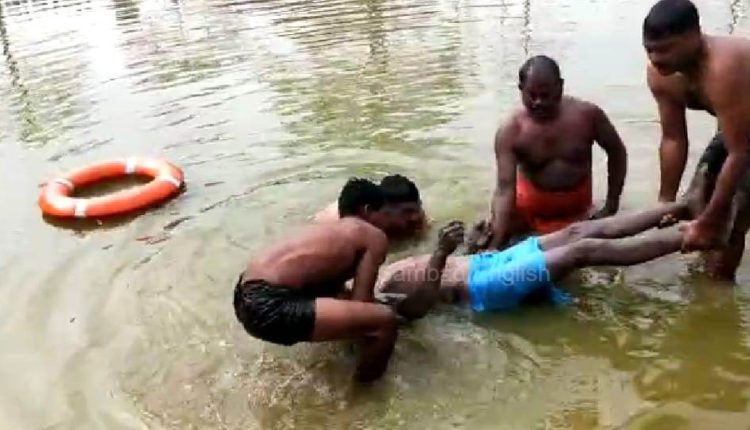 Nabarangpur: An elderly person died allegedly after drowning in a pond at Pakhanaguda village under Dabugaon police limits in Odisha’s Nabarangpur district today.

The deceased has been identified as Samadu Gond, a resident of Pakhanaguda village.

According to reports, the 60-year-old man had gone outside home to attend a nature’s call near a pond on Wednesday afternoon. After he did not return to home for long hours, his family had searched him everywhere but went in vain.

A few locals found Gond floating in the pond today morning following which they informed his family. Later, the Dabugaon police and fire services personnel reached the spot and recovered the body.

A probe has been initiated by the police by registering a case of unnatural death.