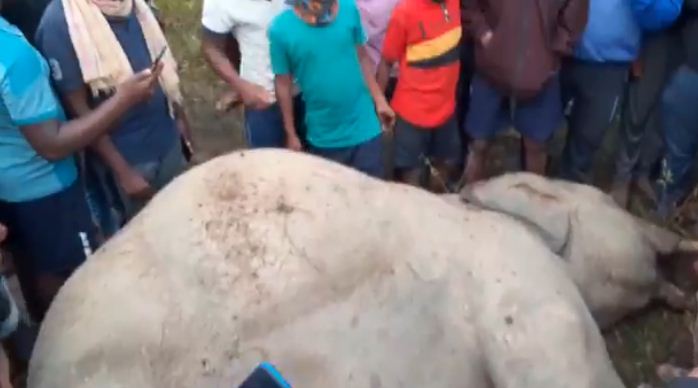 Bhubaneswar: An elephant died and two others sustained injuries as a freight train hit the animals near Bhusandpur Railway Station in Tangi area of Odisha’s Khordha district, last evening.

As per reports, a herd of elephants was crossing the railway track around 8 pm when a goods train rammed into the pachyderms.

On being informed, Forest Officials rushed to the spot, recovered the carcass and started an investigation.

Sources said the elephant herd was heading towards farmlands in search of food when the accident took place.