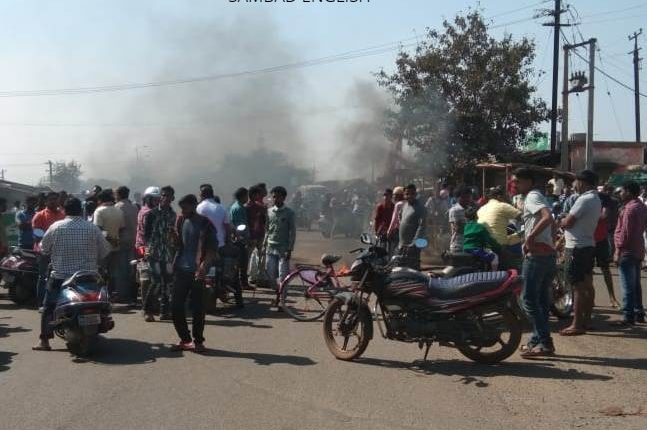 Jajpur: Amid death of four persons in a week in elephant attack in Danagadi block of Odisha’s Jajpur district, locals today staged road blockade alleging that Forest officials were not taking adequate steps to ward off the animal.

Kalinganagar Additional SP Rajkishore Dora reached the spot of agitation and pacified the locals saying that the animal would be tranquilised by evening, following which the road blockade was withdrawn.

Worth mentioning, a tusker reportedly trampled as many as four persons to death in the area in the last seven days. The elephant had killed a 15-year-old boy and injured an elderly couple last evening. The elephant menace has left the residents of the area panic-stricken.