Elephant menace: Woman among 2 trampled to death in Odisha

ODISHA LATEST
By Sambad English Bureau On May 18, 2019 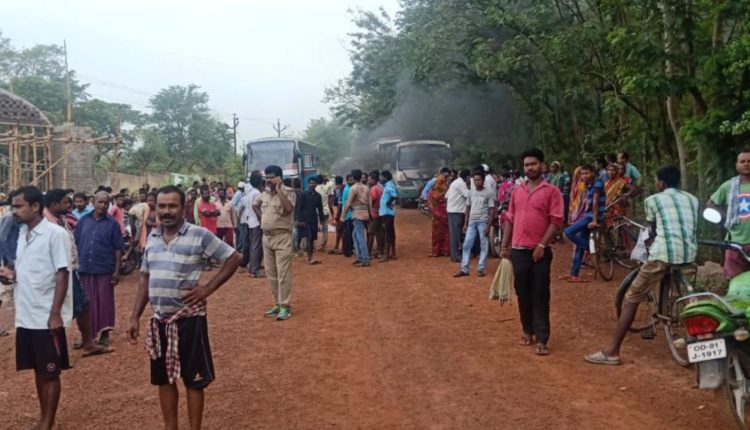 Keonjhar: Two persons, including a woman were crushed to death in elephant attack at two separate villages in Keonjhar district.

The deceased have been identified as Jaga Mallick (52) of Nuarugudi village and Sanjulata Rout (52) of Kanpur village.

Sources said Jaga and his son were returning to their house at around 8 pm yesterday, when they confronted with a tusker midway. The pachyderm lifted Jaga with his trunk and later dashed him to the ground injuring him critically. Jaga died on the way to Bhadark hospital.

In a separate incident, when Manjulata was going to a mango garden near Salandi river with three others, an elephant came in front of her and trampled her to death. On receiving information, police and forest officials reached the spot and sent the body for post-mortem.

Irate over the incident, locals staged a road blockade on Chhenapadi-Baula road protesting inaction of forest officials to prohibit frequent entry of the pachyderms into the area.