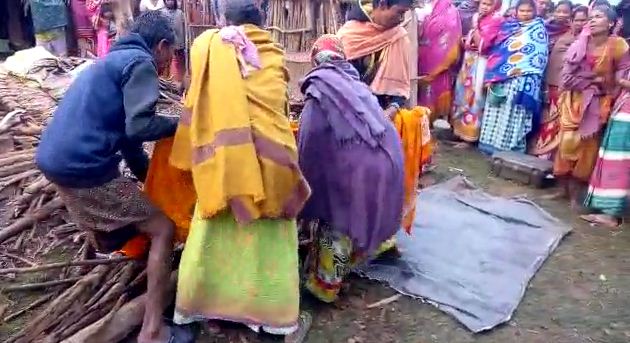 Angul: An elderly woman was allegedly trampled to death by an elephant at Kamarei village under Handapa Forest Range in Odisha’s Angul district.

The deceased has been identified as Debaki Behera (60). According to reports, the woman, a widow, was sleeping inside her house last night when an elephant barged inside and crushed her to death on the spot. The house was severely damaged in the incident.

Villagers spotted the body this morning and informed Forest officials. The incident has left the residents of the locality panic-stricken.

Police have recovered the body and sent it for post-mortem.