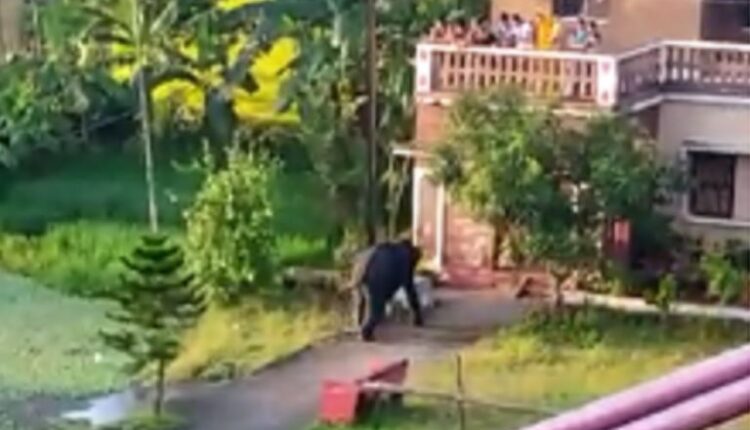 Another person sustained critical injuries in the elephant attack and was admitted to the SCB Medical College and Hospital here for treatment.

On the other hand, carcass of an elephant was found at gate no. 14 of Jobra anicut here, this morning. It is being suspected that the elephant got washed away while crossing Mahanadi river.

According to reports, a herd of elephants strayed into Jagatpur area from Athagarh Forest Division last night, leaving the locals panic-stricken.

On being informed, Forest Department staff reached the spot and initiated efforts to ward off the pachyderms.

Till last reports came in, some of the animals were present in residential areas. The elephants have damaged several houses and vehicles, reports said.

The locals have been advised by police and Forest Department to remain indoors for the time being to avoid any untoward incident.

People have been asked not to travel between Jagatpur Golei Chhak and National Highway.