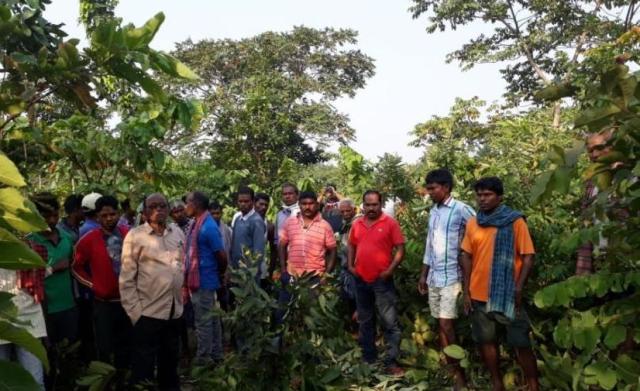 Rourkela: A farmer was allegedly crushed to death by elephants at Modipara village under Rajgangpur forest division in Odisha’s Sundargarh district this morning.

The deceased farmer, identified as Govardhan Lakra (50), had gone to his farmland last night to guard it. A herd of elephants entered the farmland after which Lakra tried to ward off the pachyderms.

He was then trampled to death by the animals on the spot. Locals spotted the body lying at the place this morning and informed police about it. The body was recovered by police and sent to Rajgangpur primary health centre for post-mortem.

In another incident, around 10 elephants barged into a government sawmill in Kalunga Industrial Estate here last night. Till last reports came in, the animals were present inside the sawmill.

A team of the Forest department has initiated efforts to chase away the elephants from residential areas.