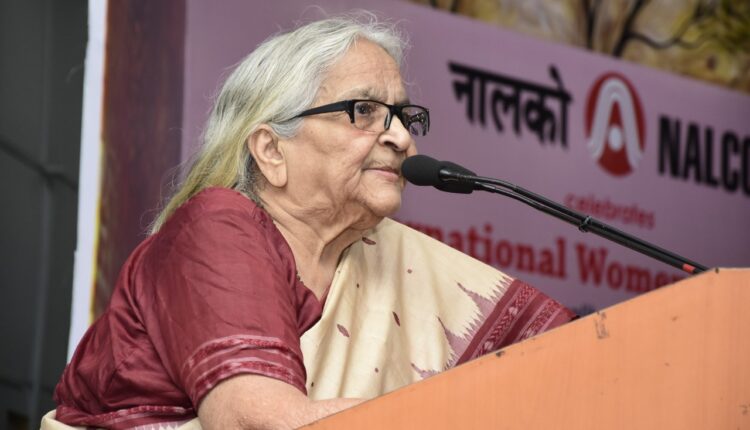 After Manorama complained of chest pain, family members admitted her to the SCB Medical College and Hospital in Cuttack. While undergoing treatment at the SCB hospital, she breathed her last.

Manorama was Former Editor of Odia daily ‘The Samaja’. As the author of ‘Jhitipiti Kahe Satakshi’ in the Odia daily, she provided analytical and critical analysis of contemporary issues to readers.

Condoling the death of Manorama Mohapatra, Odisha Chief Minister Naveen Patnaik stated the State has lost a learned and an esteemed personality.

As an Educationist, a Litterateur and Well-spoken, Manorama Mohapatra has created a niche in the Odia literary world. She played a pivotal role in creating awareness on social issues especially women’s issues and their empowerment, Patnaik said.

As Editor of ‘The Samaja’, she took the ethics of journalism to a new level. She also played a crucial role by working as Member of the Lok Sevak Mandal, the Chief Minister added.

Patnaik also prayed for the departed soul and expressed sympathy towards the bereaved family.