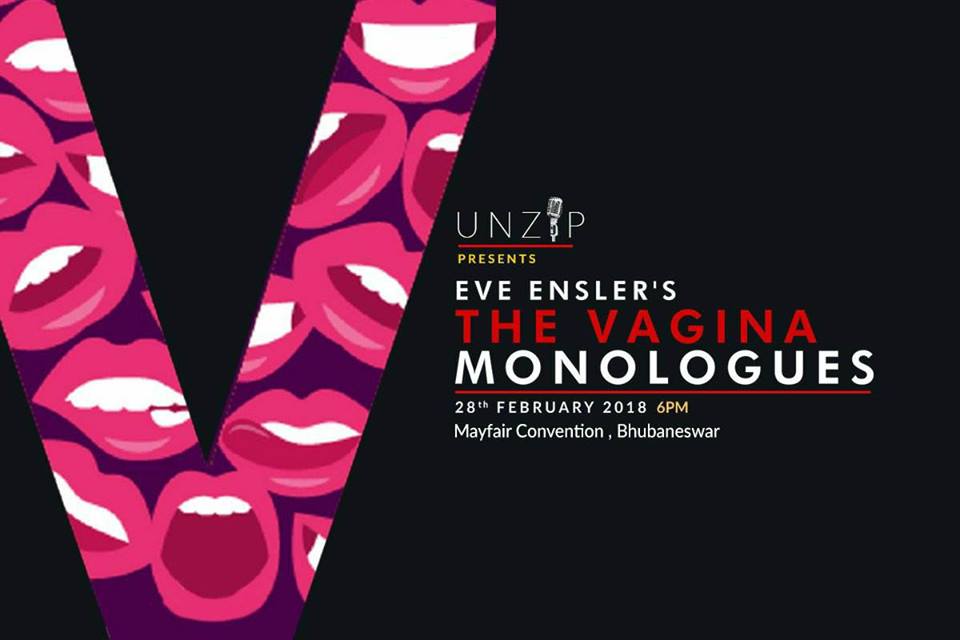 Bhubaneswar: The celebrated masterpiece of political theatre, The Vagina Monologues is all set to be staged in the Odisha capital on Wednesday at Mayfair Convention, as a part of the V-Day movement, a global campaign to end violence against women and girls.

Bold, fiercely expressive and pathbreaking, this adults-only play is the annual event of UNZIP, that hosted the first-of-its-kind open mic on the occasion of Women’s Day, last year.

“The female genital area is a taboo subject and the society always shirks away from saying the word ‘vagina’, let alone engage in dialogue around it. With the aim of exposing denizens of the city to candid insights in terms of a dramatised monologue, we decided to portray this controversial yet celebrated play,” said Tanaya Patnaik, the brain behind UNZIP.

Written by Eve Ensler, this American play is a collection of episodes derived from the information and experiences of about 200 women Eve interviewed, regarding sex, love and other related subjects. It was first staged in 1996 and came to India for the first time in 2003.

Proceeds will benefit ‘AAINA’, a local NGO to combat domestic and global violence against women. Priced at Rs. 500 for each ticket, one can call/WhatsApp 7992712068 to book seats.

Soon, fine to be imposed for open defecation in Odisha capital